Type what you are searching for:

Marmorino Venetian Plaster is one of the oldest and most important inventions in the history of mankind. Over the years, several different types of plasters have made their way into the market – each of which has a different chemical composition and is used for a completely different texture altogether.

While there are many different types of plasters available for people to choose from, one of the lime plasters offering the most utility is Marmorino Venetian plaster. Interested in knowing more about this type of plaster that dates back as far as the Roman era? Read on to find out everything you need to know about Marmorino Venetian plaster and what makes it so popular among the masses. 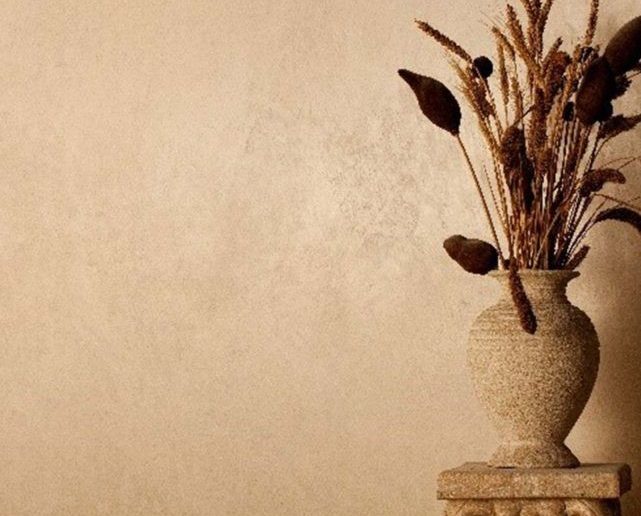 Even though most people refer to Marmorino plaster as a classic Venetian plaster, this type of plaster was actually invented much earlier and has been popular among people ever since. The Venetian plaster has been found in several villas and remnants of ancient structures of the Roman era and there is also evidence of the use of the lime plaster from writings that date back as early as the 1st century B.C.

Why is Marmorino Plaster Popular?

Marmorino Venetian plaster is made using calcium oxide and has a number of different applications. Lime plaster is especially popular for the different types of finishes that are possible when it is applied.

Meoded’s Marmorino Tintoretto is a lime-based plaster used for both interior and exterior designs giving an elegant matte finish compared to the traditional shiny Venetian plaster.

To achieve a rougher stone texture, Meoded’s Marmorino Palladino Lime Plaster has a bigger aggregate used to achieve both, stone, brick, and many other rough textures.

Marmorino Venetian plaster can be tinted to give you plaster in several different colors. Another unique option used with Marmorino plaster is Meoded’s Velature Glaze used to create more of a natural effect on your wall.  The lime plaster is naturally lustrous and the addition of a wide range of colors helps give it several different textured looks. Marmorino plaster was initially very commonly used in Italy but now its popularity sees no bounds. The plaster is now used to enhance the aesthetic appeal of interiors not only in Europe but also in North America.

Fun Fact: Lime plasters act as a natural humidity control by absorbing and releasing moisture.  The breathability of lime plasters is the primary reason why it is also used very commonly in bathrooms.

The best part about Marmorino plaster is that different techniques can be used in its application to give it a satin, glossy, matte, or stone finish as per your liking. The fact that it has the ability to have so many different appearances makes it a great choice for just about any interior or exterior surface.

Ready to give your homes and buildings the revamped look they deserve? Head over to Meoded Paint and Plaster today and make your interiors look appealing like never before with Marmorino plaster!

If you want to get a first-hand look at how to use and apply Marmorino Venetian Plaster, be sure to check out our Instagram page.  You can also head over to our Youtube channel for handy how-to tips and tricks.